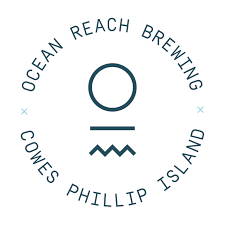 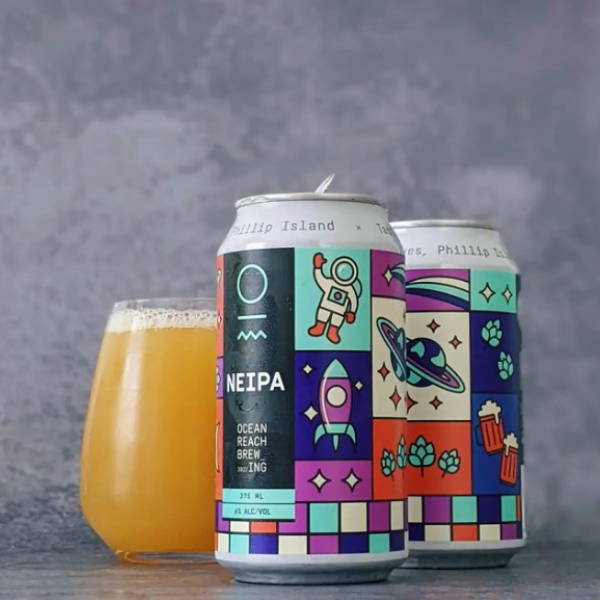 “There weren’t any breweries on the island, and with limited beer options, we used to bring our own homebrewed kegs. At that point we knew there was a gap in the market, and we saw the opportunity to bring Craft beer to Phillip Island”

Simons parents were immediately on board, and the father and son team got to work with design and construction of an 80-person brewpub in Cowes, opening in time for Christmas 2016. Demand grew, and by 2018 Ocean Reach had expanded via cans and a production facility on the island.

“Made on the island, for the island”, Ocean Reach’s core range includes a Pale, IPA, Draught and Porter, enhanced by regular limited releases. However, this month’s exclusive Hops To Home collaboration looked a little further afield. Alex shares its hazy Canadian inspiration.

“Pete from Hops To Home was in Calgary visiting his brother and they really enjoyed Annex Ale Project’s NEIPA. For this collaboration we’ve focused on a similar tasting beer and style, using oats, Vic Secret and Galaxy hops.

“I love it’s intense flavour of fruits, haziness, full body and pillowy mouthfeel. The style is an interesting one as the use of hops can produce a dynamic range of flavours and aroma, but despite the overall intensity, the mouthfeel is juicy”

Outside the can, Alex says that Craft Instinct designed can label was inspired by the hop bill.

“We love our music, and using Galaxy hops offered a clear direction for the brief: Deep Purple’s Space Truckin’. So, outer space designs were all the go for this label giving a fun impression of what’s to come once cracking a can”

Wanting to learn more? Read about some of the other exclusive Hops to Home collaborations below.