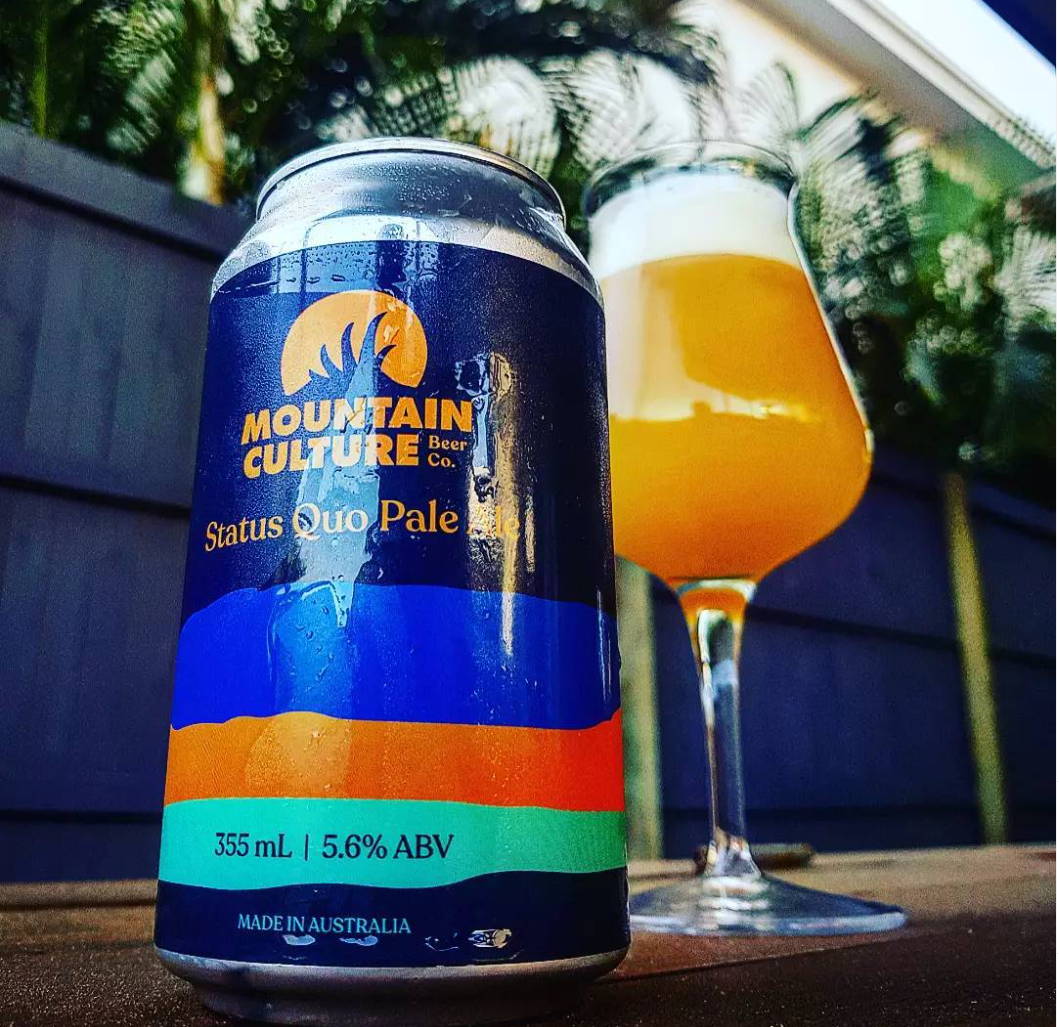 Last year we sent out over 60 unique beers, including exclusive Hops To Home collaborations, and when we asked our subscribers which one was their favourite the answer was clear: Mountain Culture’s Status Quo New England Pale.

After taking the number one spot for our 2021 packs, we spoke with Mountain Culture’s Founder / Head Brewer DJ McCready to give us a little insight into his Champion beer.

“It’s great news. We were stoked to get that feedback and it’s a beer that we are putting lots of stock behind, and the most time out of any beer that we’ve released at Mountain Culture”

“Opening as a brewpub, I wasn’t looking to be pushing too many giant 8% abv IPAs to people coming in that were wanting to try several different beers, but I also really wanted to play around with that style. At the time, a couple of years ago, there weren’t really any New England Pale ale styles out there, it hadn’t become the popular thing to do yet.

“We were experimenting a lot with these Hazy beers, and it was something that I didn’t have a lot of experience brewing at the time. I was calling people in the States and asking them what they were doing with it, and doing experiments over here”

“We were taking those techniques, like the really big chloride minerality additions in the mashing process, and then doing biotransformation with hops in fermentation but we just wanted to bring that down to a more sessionable level. We were playing around with it and pretty much doing a different version of it every week, using different yeast strains, different hops, different rates of hop additions in the whirlpool and dry hop, and Status Quo is one that we kind of landed on” 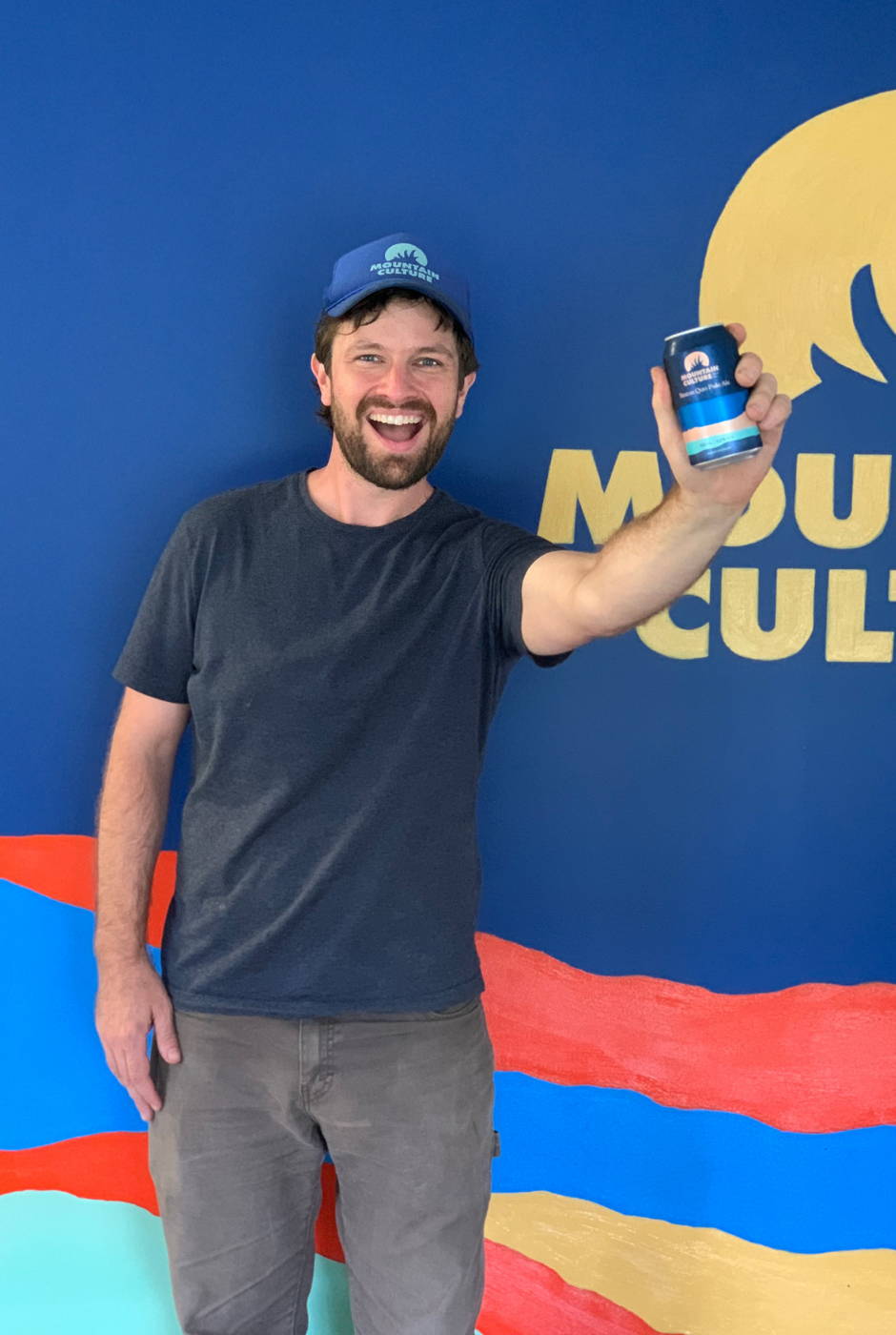 The ongoing research and development eventually led to refinement, before COVID had a positive impact on Status Quo. DJ continues.

“When the bar manager started saying “It’s like crack! People are coming in and planning trying five or six of our beers, and I give them this one and they just stay on that all day” we kinda knew we were on to something”

“After that our business plan got turned on its head with COVID. We started putting everything in cans and sending it out online. At that point we started doing a lot of the bigger New England styles but we were still brewing just as much of Status Quo even when the pub was closed. People would be putting in their weekly order for a big Hazy or whatever, and then be adding a four pack or more of Status Quo on top of it”

“Once we got to the point of opening up this big production brewery at Emu Plains, we really put all our faith behind Status Quo. You know, we’ve been open for two years now and I think we’re on our 150th different recipe that we’ve come out with, but Status Quo is still about 50% of our production at Mountain Culture. It’s insane!

And it’s not just punters who love Status Quo as DJ explains.

“I know for us, here at the brewery, we’ll all venture off and try the new releases, but then when I get everyone together at the pub, all the brewers and marketing and sales staff, we all just suck on Status Quo.

“I remember coming home from a mountain biking trip one day in the early days of Mountain Culture. I was still doing all of the brewing on my own and I don’t think we’d even started calling it Status Quo, I think it was originally called JP3. And I remember cracking the Pale Ale and drinking it out of the can and thinking ‘oh yeah, that’s good”, but then drinking JP3 out of the can and thinking ‘Fuck!’ It’s just so much more impactful. The flavour difference is just insane for pretty much the same abv.

“It really hits you in the face as something that’s different, something that’s really going to stand out. After that point I was sold on it, and knew it was going to be our front running beer, and it just continues to be.

“What I like about it, and how we build a lot of our beer recipes, is I still use a lot of the classic 4 C hops. I wanted it to have that classic Pale ale back bone to it, so one of the major hops we’re using in it is Centennial which has been used in American Pale ales for the last 15 years or whatever. The dry hop is more in line with New England IPAs with really heavy Citra and Mosaic additions. Right now, we’re at the point where we are hand selecting our hops from Yakima Chief, so they are our own special lots of Citra and Mosaic with bumped up aromatics that we are really pushing in Status Quo”

“When the bar manager started saying “It’s like crack! People are coming in and planning trying five or six of our beers, and I give them this one and they just stay on that all day” we kinda knew we were on to something” 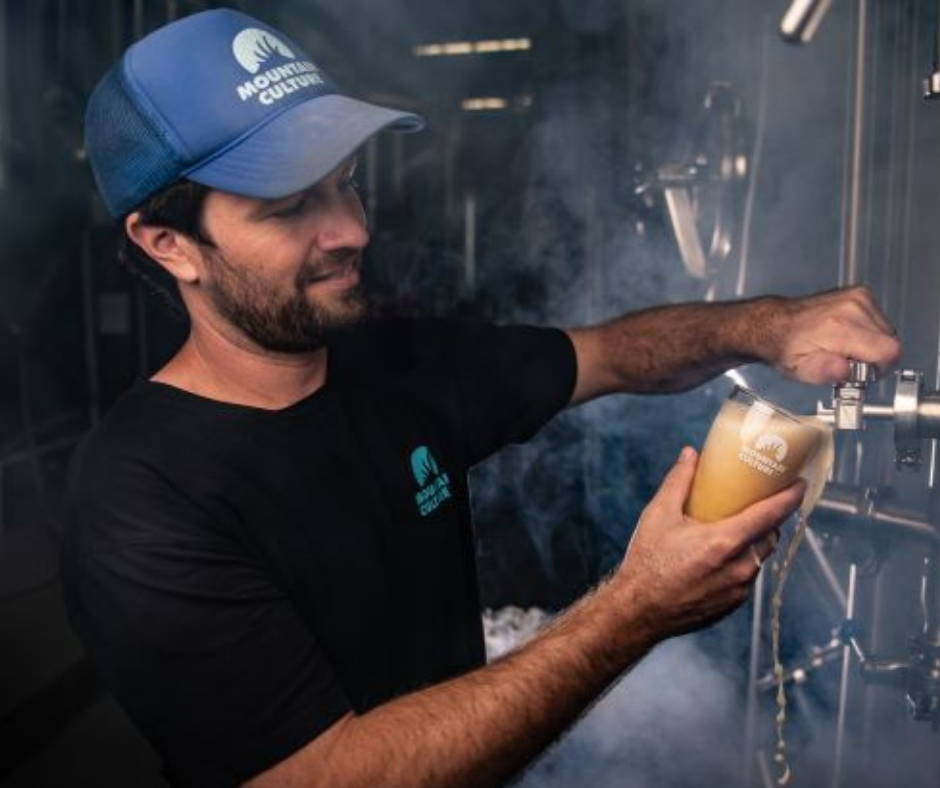 And the name? DJ notes that there’s a little more to it than an ageing English rock band.

“It’s pretty funny. I didn’t really have it in my mind as being a band name, but we’ve become fans since” he says laughing.

“The reason we chose the name is we took a lot of time during the lock downs to brew experimental one-off IPAs, one-off New England IPAs pretty much every week, and we took all the things that we’d been learning about while we were brewing those beers and put that into Status Quo.

“We wanted it to be the representation of what Mountain Culture is. Like if people were to try one of our beers, we would want it to be that one, and we would want that beer to give to the most rounded expression of what we are as a brewery in a can.

He also says that Status Quo has also had some broader, but very much unintended, beer culture implications.

“People love to talk to me and be like “You’re this hype brewery, making hype styles” and there’s a lot of negativity out there in the world towards New England IPAs, but at the end of the day they’re actually really hard beers to brew. There not ‘If you want to take the easy way out and cheat to brew a New England IPA’. We’ve had so many of them that we’ve had to dump down the drain because if you get them wrong, you get them really wrong.

“We’re still using four main ingredients, and you have to have a better understanding of water chemistry to really pull it off. You have to be able to work with several different types of yeast strains not just the classic ‘Just chuck in a brick of US-05 and off we go’. And you have to know about how hops interact with different yeast strains and all that stuff to pull this style off and make it right.

“I think it’s really funny the negativity around them, but at the same time people are buying them as quickly as breweries that do them well can make them. I’m like ‘This is where it is going guys’.

“These beers are great way to show off what all of the hop producers are working so hard to achieve. We’re getting these hops that have these incredible citrus flavours to them, and these beers really do showcase the innovation in the craft hop growing industry.

“These beers are pretty much the standard IPA now. When people reach for them, it’s not like it’s that new fad anymore”